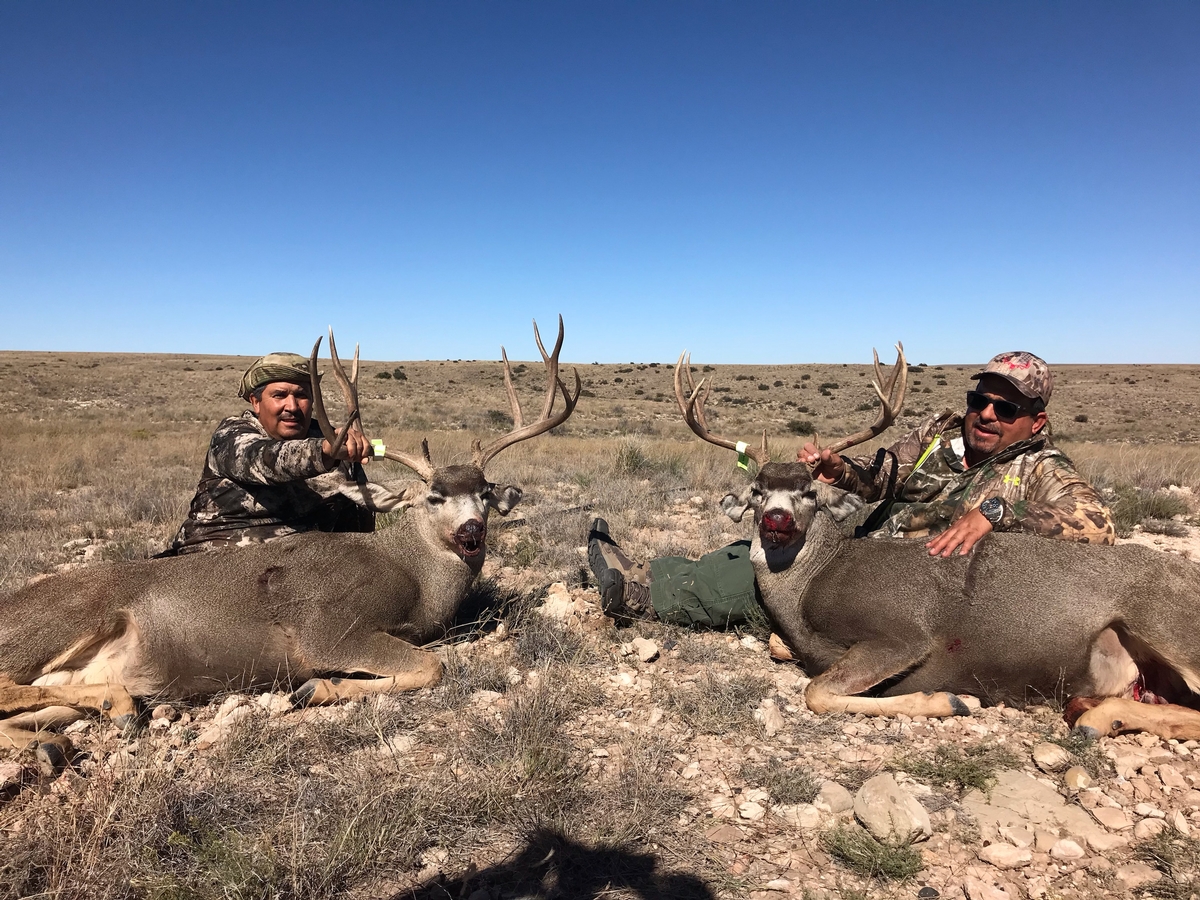 Public land New Mexico big game hunting for mule deer can be some of the best in the country. Ridgeline Outfitters can apply any hunter for the draw in New Mexico. Many New Mexico Outfitters know that the public land in Northwest New Mexico can produce magnum size racks. Ridgeline Outfitters hunts in a handful of units that border the famed Jicarilla Apache Reservation. That region of New Mexico is known for trophy quality mule deer. With great doe and buck numbers this area is considered by many New Mexico outfitters to be the best in the state. Archery hunts on public land are by draw only, but the draw odds are better than most sportsmen think they would be. Archery hunts take place in September & January and the rifle deer hunts can start as early as mid October and run through mid November. We strive to be the top mule deer hunting outfitter in New Mexico and will do everything possible to make this a hunt of a lifetime!